Project Purpose: Encourage policy reform to ensure accountability.
* Develop capacities to use the 2013 law in combating fraudulence and violation of rights
* Ensure better service to migrant.
* promote right to reintegration of returnee migration. 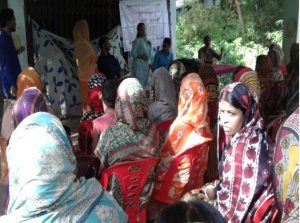 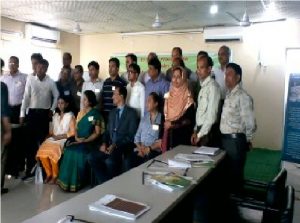 Md. Enamul Haque (22) son of Md. Tajul Islam (60), a resident of Paschim Kismat Jafrabad, post office Mirsarai, district of Chittagong. His father Md. Tajul Islam had been working as labour migrant in Saudi Arabia from 16/08/1998 to 20/02/2016 (18 years). His family was running well with remittance. Unfortunately, Tajul Islam had fallen into accident and died on last 20 February in 2016. With the news of his father’s death Mr. Enamul became frustrated and he was doubtful to bring his father’s dead body as he did not know the process. In addition to that, he had no financial sufficiency to bring the dead body from Saudi Arabia. In this situation, he went door to door to find out the way forward and support in that regard. At this time, he met a local person Mr. Shahid. Mr. Shahid said that he will help Mr. Enamul to bring his father’s dead body. To do that, he demanded 10 thousand taka from Mr. Enamul Haque.
Mr. Enamul got prepared to provide 10 thousand taka to Mr. Shahid and accordingly he was going to UP office to collect relevant documents. On the way, Mr. Enamul however met Mr. Jasim Uddin, a member of Migrants Rights Protection Committee (MRPC). Mr. Jasim Uddin suggested him (Enamul) to go to District Employment and manpower Office (DEMO) in Chittagong instead of providing money to Mr. Shahid. Mr. Jasim promised to go to DEMO office with Mr. Enamul. Mr. Jasim Uddin assisted Mr. Enamul in lodging the claim for compensation and brings his father’s dead body accordingly.
Through maintaining the due process with the assistance of MRPC Mr. Enamul became success to avoid the fraudulence and received 4,50,000 taka as compensation from employer agency in Saudi Arabia and also govt. part through DEMO.